The following article is from The Calypso Video Training Course, soon to be released by CMM Quarterly Publications

After a feature is measured the probe will retract to the designated clearance plane then move to the next feature. In the case of multiple holes that are in-line with each other, i.e. a counter bore and a through bore, the probe will retract after the first hole then travel along the same path to measure the next hole. This can waste time and make your program inefficient. Change the Clearance Plane to a Sub-clearance plane and the extra movement will be eliminated.

There are two ways of working with Sub Clearance Planes

Option 1:For the above example try this:

Fill in as shown on right 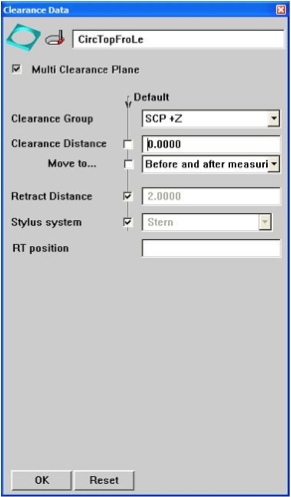 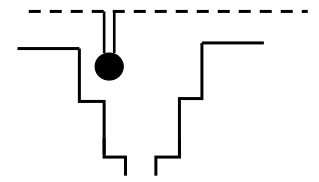 After the first diameter is measured the probe will remain in the hole and positioned away from the part by the retraction distance. Our Clearance Distance is zero both before and after measurement therefore the probe will not move to a clearance distance. However for our next diameter we may want to consider a clearance distance to make sure we don’t touch the part while entering into the next diameter.

Open the next diameter 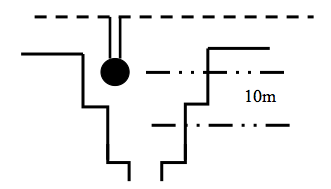 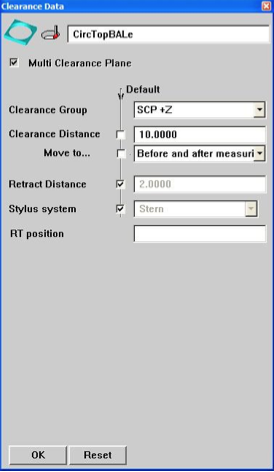 The stylus will remain in the hole for the next measurement 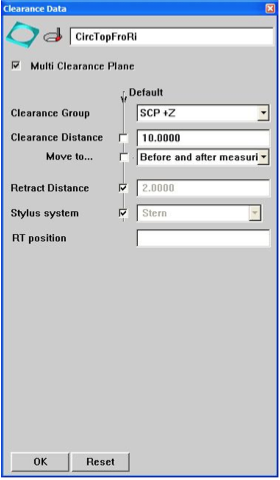 Open the next diameter 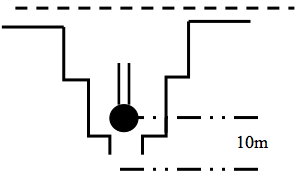 Option 2 will allow you to create your own Sub Clearance Plane. Here is the part.

With standard Clearance Plane programming the stylus will go to the clearance plane after each feature. This wastes time and can be programmed with better efficiency.

Building your own Sub Clearance Plane will allow the stylus to measure a feature and retract to the sub clearance plane.

Here is how to make a Sub Clearance Plane 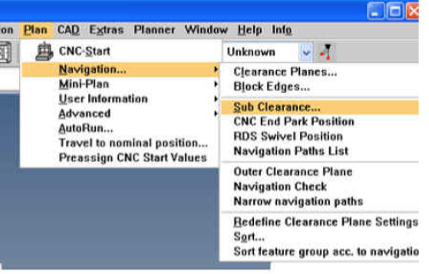 Select SCP +Z as the name of an available sub clearance element. By selecting New you can create a sub clearance plane with any name you like, but for this example we will keep the SCP+Z name. 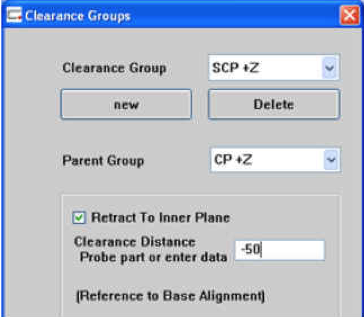 Select the clearance plane that will become its parent. Make sure that the “retract to inner plane” is checked. Enter a value, relative to the base alignment, that you wish to be associated with the sub clearance plane. In other words, how far away from the part should the probe retract? To review these settings, we are telling Calypso that a Sub clearance value has been assigned to SCP +Z and that its location is 50mm below 0 in Z.

How do I set the strategy for the features? Use the feature strategy window or you can use the Measurement Plan Editor Feature/ Travel/ Clearance Group and highlight the features change them.

To view a video of sub-clearance planes click here

Calypso with True Position – The Use Of Outer Tangential

Let's explore what happens when we apply Form Datum. Have you used Form Datum? Do you know what it is used for? In the Extra/ Settings/ Measurement flyout you will see the Form Datum tab.