So engineering just brought you a new part that is going into production, and you need to measure it with your CMM. Sometimes it’s a breeze, but other times the part shape and/or the datums and features of interest on the part make it a very challenging problem. Some of you already have this down smooth, maybe because all the parts you get are similar, and you figured all this out a long time ago. For the rest of us, here are some of the things in my checklist when I am asked to set up a holding fixture.

Before we go any further, it may be the case that this is a long run production part, and management is thinking that they want a dedicated fixture. Maybe you are one of the folks in the camp that believes there should always be a custom fixture, or maybe you don’t like to deal with fixtures and would rather delegate all that out. Well keep in mind that if you delegate it, you lose control of what they give you. A modular fixture system is a good way to develop concepts and the proper approach to holding that part while it is still in the prototype stage, and can save a lot of potential aggravation that occurs when you are given a CMM holding fixture that was developed without any input from you.

The first obvious starting point is that it’s about the part, and what has to be measured on the part. So even though it’s a modular fixture system, first you have to review all the parameters of the part inspection requirements. Ideally you can develop one fixture setup that will allow you to measure everything in one position. So job one is to consider what position allows the part to be fully interrogated. Unfortunately is not always the simplest from a fixture standpoint.

OK – so you can visualize a position that gives access to all the datums and features of interest. Next question: can the CMM probe actually get to all those features when the part is in the position you have in mind? For simplicity let’s say yes.

Now you are looking at that part, and your eyes are drawn to all those nice prismatic machined surfaces… sure would be nice to locate on those… but if you do are you are still able to measure that surface or an adjacent feature of interest? Oops we have a problem, can’t locate on that. Not to worry (yet), remember it’s usually better to give the CMM full access to those anyway. Keep in mind that once you have a position in mind, if you can visualize a solid 6 point nest, you can immobilize that part in space. Sometimes you have to burn a few brain cells to figure it out, but it is almost always possible to get there. Think 3-2-1.

OK, so you have an idea for, go ahead and try to build it up. Don’t get all happy yet, now do a little test, either light tapping or a bit of a wiggle test. Is the part truly immobilized? Sometimes it seems like it should work, but for some reason it doesn’t. If this is the case now consider:

- is the part truly seated in the fixture, as in are all the part surfaces actually touching the fixture locators?

- is there a clamping force that is defeating a locator, or pulling it off the locator. Keep in mind that best practice is to clamp directly against a locator, and/or clamp “inside” the locators, for example if you are setting A datum plane with (3) locators, make sure you clamps are inside the triangle formed by the locators.

If you are still having trouble stop and think about it a bit before you start tearing it all down. If the magical aha moment doesn’t come to you, well sometimes you just have to start over. It may be that there are other surfaces you can locate on, or at least space the locators out differently on the surfaces till you get a secure fixture.

A solid percentage of the time, I end up modifying the fixture from the original concept. That is the beauty of a modular system; you can play around before you commit (something your mom would frown on). Very often I don’t get called in to a company until someone has one of those #@##! parts that is driving them nuts trying to find a way to hold it on their CMM. Of course I have to develop a fixture on the spot and make it all look easy (it’s my job). Sometimes it just takes a couple tries to get it just right. I can say the infinite adjustability of the t-slots is really helpful, very rarely is a part geometry suited to match up perfectly to .” increments. It also seems like there is always some little obstruction that required a slight adjustment of a locator position, or the locator needs to be moved just a bit to give the CMM better access to a feature of interest.

If you are inspecting a part that is flexible, like many plastic or thin walled parts, it is very easy to distort the part surface with clamping forces. Ideally in this case you clamp directly over the locators, but this is not always an option. Given the low force that a CMM touch probe generates, a low force clamp or one that traps the part in position by touching the part surface in the direction opposite the locators can solve for this. Here is a photo of a self-wedging clamp we developed that addresses this issue: 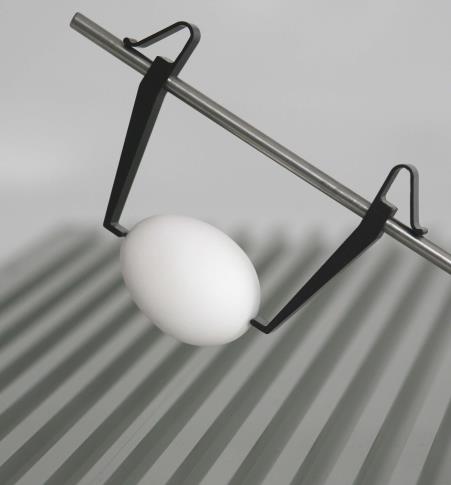 This clamp assembly can be used with a swivel head allowing the clamp to exert force normal to the part surface. 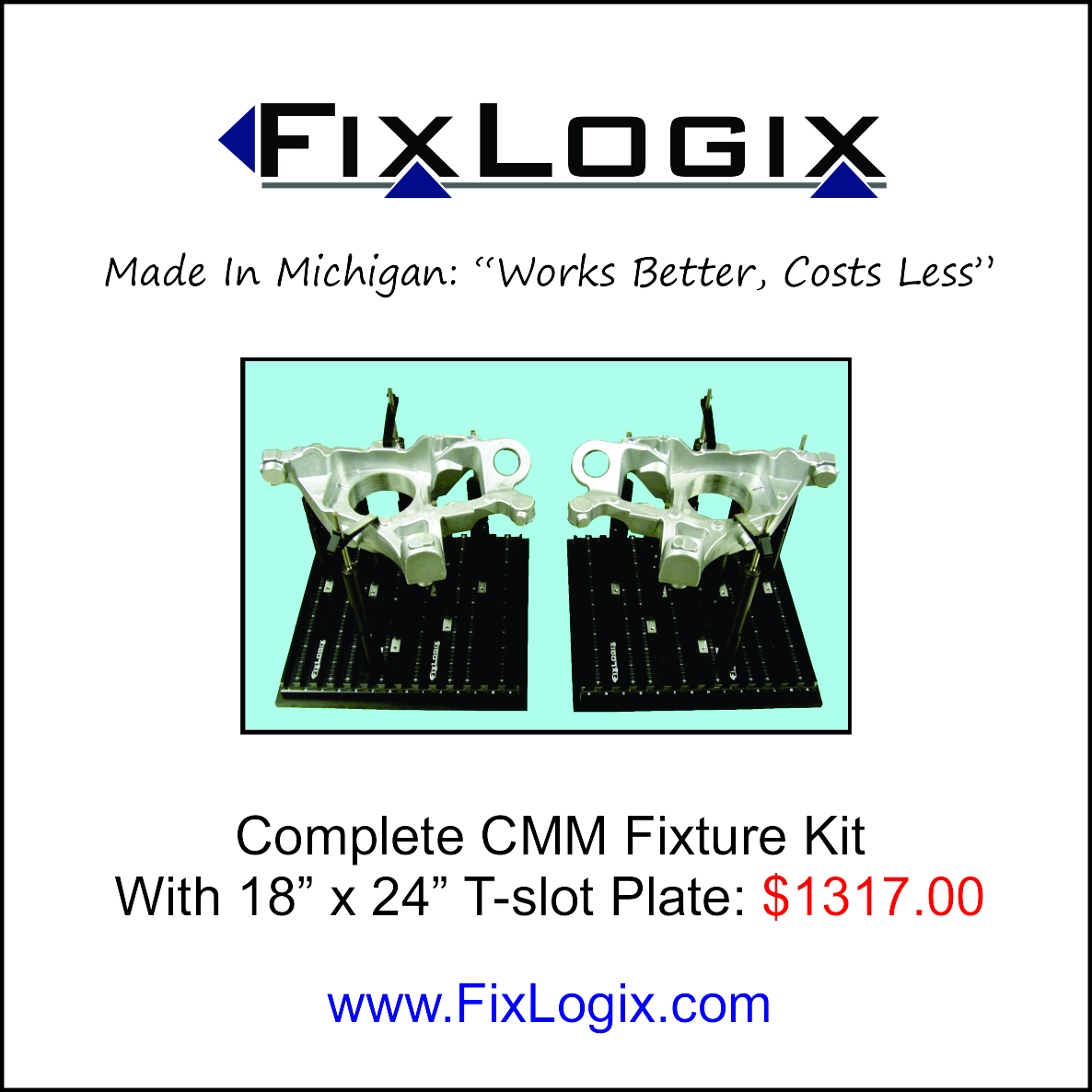 Aniwaa has announced the launch of its new 3D scanner comparison platform. The company goal is to assist professional users research, evaluate and purchase 3D capture equipment, and has built a comprehensive…