Metrologic Group released Version 12 of the X4 platform. With over 30 new major functionalities, Metrolog X4 and Silma X4 now offer more than a way to improve user experience and drive value across every stage of 3D inspection process. They allow you to carry out even more 3D measurements you can trust. 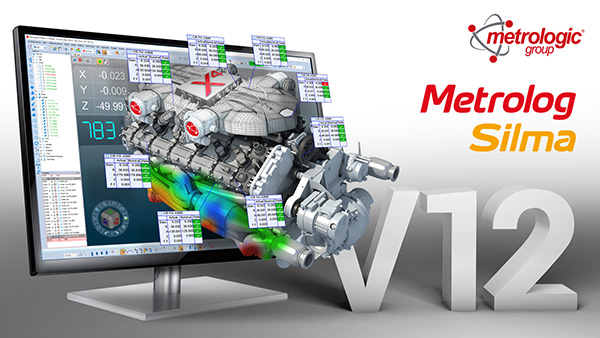 Among some of the new functionalities, we would like to give you some heads-up on the following:

Trajectory and path creator, optimized and collision-free, that allows to automatically associate a probe orientation for the targeted feature.

A true virtual Twin simulation of CMM / Robot / Sensor real advanced behaviour in a digital world. You can simulate the sensor visibility if tracked according to the device manufacturer specifications and simulate point cloud acquisition when the visibility is valid.

We can keep telling you that we have the best/ truly universal / top-notch 3D inspection software solution, and how we successfully address the evolving challenges of 3D metrology within the digital smart factory, but you already knew that.

Instead, we would like to meet your 3D measurement challenges. You have a measuring device and you would like to take your 3D inspection to the next level? Let us show you how we can help you achieve it!

In addition, for existing X4 end users - do not hesitate to contact your local reseller to learn more about the new available functionalities and improved tools.

The Revolution® is on the Move: the Only Mobile 5-Axis Shop Floor CMM

Isn’t convenience nice?  I know I enjoy it, and I think it’s safe to say that everyone does.  You have to admit, when you see that batteries are in fact included with your purchase, you feel just…